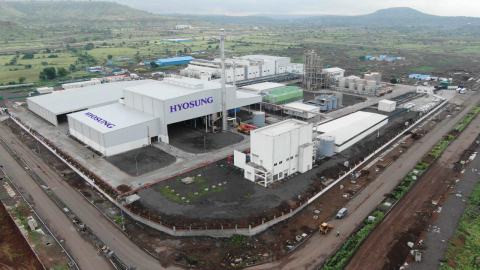 Hyosung Chairman Cho Hyun-joon launches commercial operation of spandex plant in India. Located in the AURIC Industrial Complex near Aurangabad, Maharashtra State, the new plant has annual production capacity of 18,000 tons of spandex, and it occupies a site area of approximately 400,000 square meters

Located in the AURIC Industrial Complex near Aurangabad, Maharashtra State, the new plant has annual production capacity of 18,000 tons of spandex, and it occupies a site area of approximately 400,000 square meters.

With a population of over 1.37 billion, the second largest in the world next to China, India is the 7th largest economic power in the world with GDP of approximately 2.72 trillion dollars. Building on the new plant as a cornerstone for augmenting presence in India, Hyosung (KRX:004800) aims to increase its market share from the current 60% to 70%, and continue to further expand the market in line with growing demand and growth prospect.

“Adopting aggressive marketing strategy in the huge consumption market of India with a population of over 1.3 billion, we will promote symbiotic growth with the local industry,” said Chairman Cho Hyun-joon of Hyosung.

Having been successfully reelected in May this year, Prime Minister Narendra Modi of India is actively implementing the policy of fostering manufacturing industry, while encouraging direct investment of foreigners, with the goal of raising contribution rate of the manufacturing industry to the GDP to up to 25% by 2022 from the current 16%.

Since it initiated operation in India in 2007, Hyosung built a high voltage breaker plant in Pune, India in 2016, and is gaining over 300 million dollars in sales annually by expanding business in that country. The operation of the new spandex manufacturing facilities is expected to further increase its sales.

Now that it successfully launched operation of the first spandex plant in India, Hyosung considers Americas as the next site for another spandex plant. 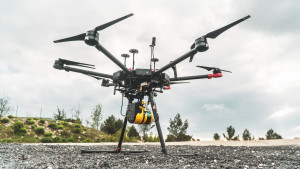