Corneal endothelial diseases due to trauma including inadvertent surgical trauma during cataract procedures affect approximately 30,000 patients in India and millions globally, every year for which either corneal endothelial layer or the full cornea from cadaver-donor must be transplanted, making one cadaver-donor eye save one eye of a patient. In this background, eye banks world over discard 30% of donor-corneas deemed unfit for transplant due to inadequate number of endothelial cells. GNC’s technology retrieves the available cells in the otherwise discarded donor cornea and turns them into usable tools for restoring vision after multiplication in the lab to save several eyes of patients waiting for transplant, named as “An-eye for Eyes” mission.

Major hurdle towards a clinical translation was with the cell transplantation procedure. In earlier attempts of cell transplantation by several groups worldwide, the patient had to lie in eye-down position for long hours, enable the cells injected into the anterior chamber of the eye, settle at the site of endothelial damage and help repair the disease affected endothelium of cornea. The present accomplishment has used a novel nano composite gel sheet, thereby avoiding such inconvenient eye-down posture to patients as it enabled successful engraftment in animal eyes and similar work in a human pilot study has been proven effective in which one donor-cornea derived cells could be used to help restore the vision of three patients (Am J Stem Cells, 2018).

GNC has partnered with JBM Inc., & Edogawa Evolutionary Laboratory of Science, Tokyo to set up a nanomaterial development facility to produce this nano-composite gel sheet and are open for collaboration with both academic and industry partners in propagating this technique globally. Patients in developing nations where the corneal donor grafts are inadequate to meet the need for patients with corneal diseases waiting for transplantation, will be benefitted by this technique according to the inventors. 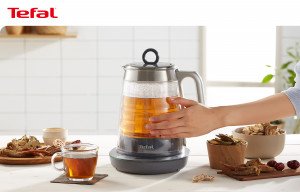